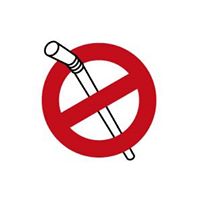 In the past few weeks, we have kept you all updated on Daves Ave Elementary’s Grades of Green Team and their efforts to ban straws and single-use plastics in the Los Gatos School District! And…

We’re happy to announce that Daves Ave Elementary has SUCCESSFULLY banned straws in their entire school district! After creating and reciting skits and presentations on plastics throughout the semester, the school continued to mobilize to improve waste reduction. They collected signatures for their petition to ban straws in the school district and to support measures in California to reduce straw usage. The team sent over 160 letters agreeing to their petition to both their school district and to their local assemblyman. After receiving the letters and hearing these concerns, the Team was invited to present their case to their school district. They were given 5 minutes to convince the district to reduce straw usage. The students argued that straws were not necessary for their milk cartons nor were they needed for water- the two served drinks in their cafeteria. In addition, they used the facts that they presented to their schools earlier in the year and educated the school board about the dangers of plastic pollution. They argued that plastic pollution was especially dangerous to marine health and certain plastics, like the plastic from straws and plastic utensils, were especially difficult to recycle. After a passionate display of knowledge and environmental advocacy, the Grades of Green Team waited in anticipation to hear back from the school district.

Last week, the Los Gatos School District agreed to ban straws in the entire district and are in works to replace utensils with biodegradable options and compostable napkins. Previously, utensils, straws, and napkins would be provided in plastic packets that would be handed to all students- essentially forcing students to create waste. However, with this new measure, the school will greatly reduce their plastic waste output! In addition, in honor of their cafeteria’s Trash-Free Tuesdays, their school lunches will now be completely waste free on Tuesdays. The cafeterias agreed to opt for meals that can be eaten without utensils, like sandwiches and burritos!

Green Teams, like the one at Daves Ave Elementary, have achieved success through education, spreading awareness, and keeping up pressure on officials. If you want to join an amazing network of Grades of Green schools who are advocating for the environment, sign up here!