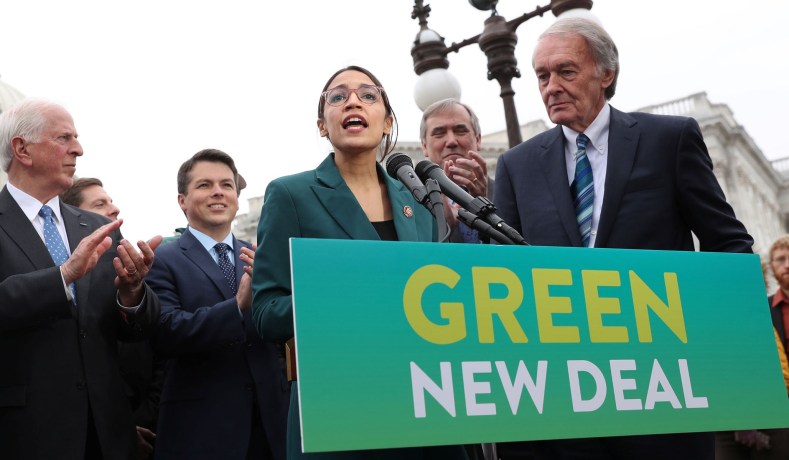 Sometimes it’s hard to feel optimistic about the future of our environment when new threats emerge every day. But whether you’re concerned about polluted water, deforestation, or the negative effects of climate change, it is important to focus on the positive steps that we can take together to create change. Thanks to Representative Alexandria Ocasio-Cortez and Senator Ed Markey, we may just have found a long-term solution for a greener future.

The Green New Deal is a congressional resolution that proposes initiatives for a carbon-neutral future. Not only does it aim to slash carbon emissions, but it also sets forth to create new jobs and improve the economy – all while keeping a special eye on underserved populations that may otherwise be negatively affected.

The specifics for this proposal set out an aggressive approach for fighting climate change. The Green New Deal’s top goals are to:

Though this framework is quite extensive and has been criticized as unfeasible by some, with proper attention and support the Green New Deal’s vision stands a better chance at passing. So it is up to us to bring awareness and spread the word about this proposal to give it the fighting chance it needs.

At Grades of Green, we know that no one is too young to advocate for change. Learn more about our Waste Campaign here to see what students are doing to fight for a brighter future.