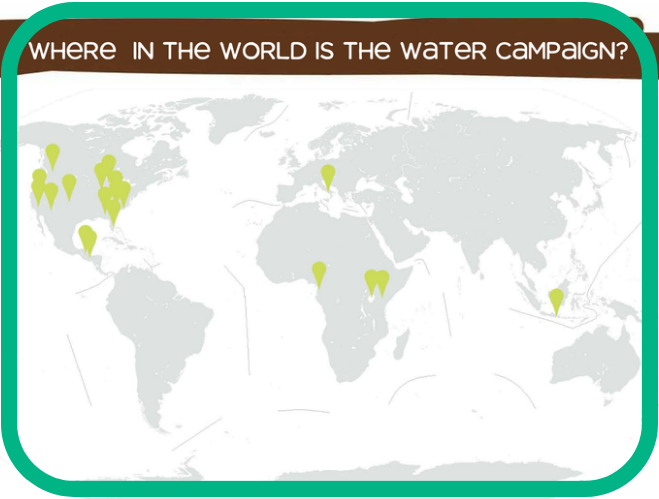 Home News from Grades of Green Meet Your Fall 2018 Mentors!

Connor is an intern at Grades of Green where he is a Mentor for California Campaign Teams who are competing in the Water Campaign. He is an Environmental Science major at the University of San Diego and is originally from San Clemente, CA. In his undergraduate studies, he is specifically focus on climate and subsequent ecological impacts, and water is a very important part of almost all aspects of these studies. His hobbies include surfing, triathlon, volleyball, and hiking.

Nicole is an intern at Grades of Green where she is a Mentor for eastern US Campaign Teams who are competing in the Water Campaign. She is a science communicator based in North Central Florida and is also working with the Alachua Conservation Trust. Nicole studied Coastal Biology and minored in Applied Ethics at the University of North Florida in Jacksonville. She has worked alongside the Smithsonian Marine Station, GTM National Estuarine Research Reserve, the St. John’s Riverkeeper, the Florida State Park Service, and the St. John’s River Management District on research and education initiatives at the intersection of restoration, coastal ecology, and human interaction with the environment. Nicole works to integrate scientific endeavors into communities to re-engage the public with their shared land and natural resources and the ongoing work to conserve them. She is looking forward to working with Grades of Green on furthering their mission. Nicole loves snorkeling and finding new plant species to identify.

Brett is an intern at Grades of Green where he is a Mentor for eastern US Campaign Teams who are competing in the Water Campaign. He currently resides in Austin, Texas and studies Sociology at the University of St. Edwards. Brett has always had an interest in bettering the environment for future generations and became enthused at the opportunity to work with teams across the globe to bring education and awareness about our environmental impacts. Living in such an eco-friendly city, he enjoys being an active part of such an environmentally conscious community. In his free time, he enjoys biking or any activity that involves the outdoors.

Sarah is an intern at Grades of Green where she is a Mentor for California Campaign Teams who are competing in the Water Campaign. She is a third year Marine Biology Major at UC San Diego and even participated in the Grades of Green Youth Corps Eco-Leadership Program for three years when she was in high school. Sarah is passionate about helping the environment and is specifically interested in researching ways to reduce the amount of plastic pollution in the ocean. She loves working with kids, and has been a counselor for Camp Kesem for two years. In her free time, she loves painting and going to the beach!