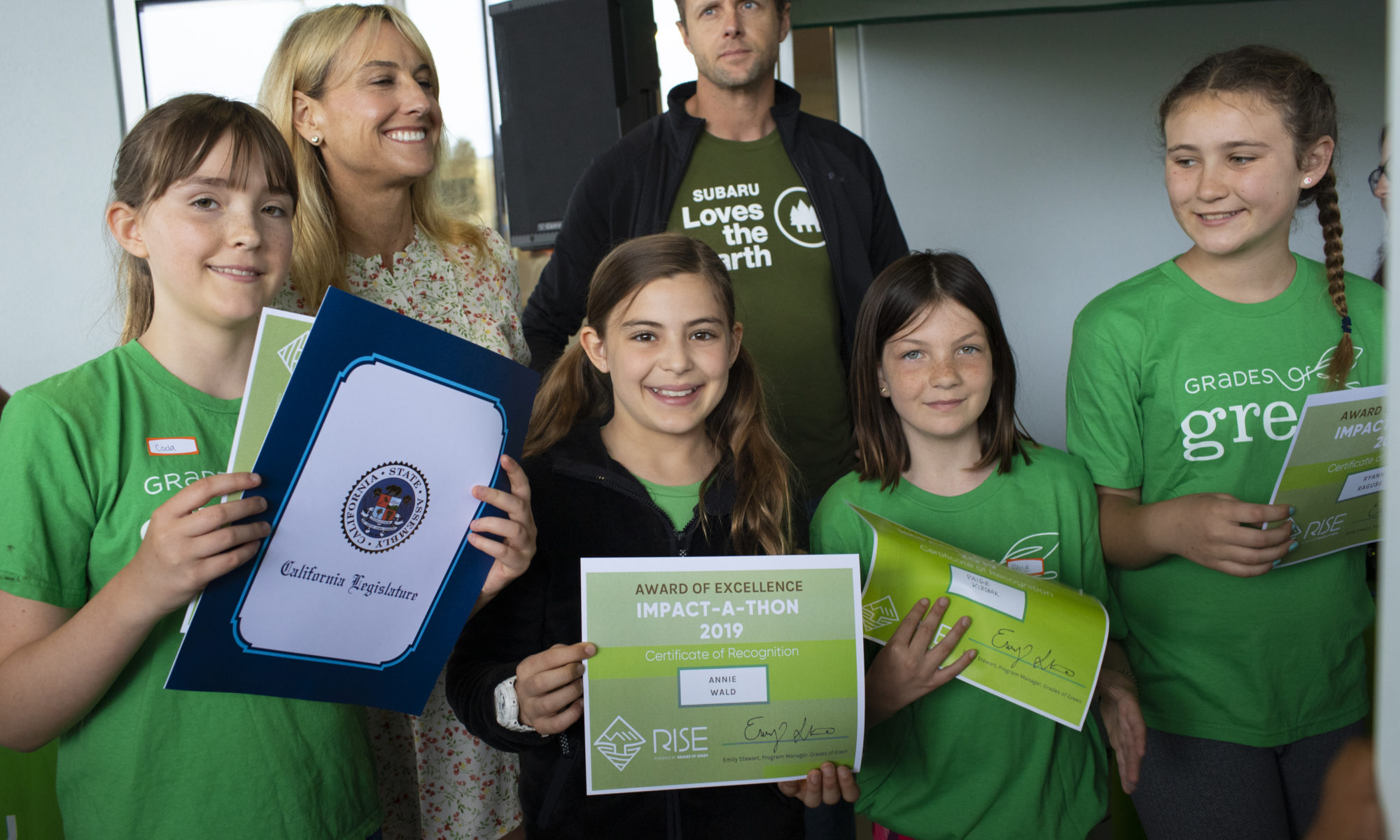 On June 2nd, Subaru Pacific in Hawthorne, California opened their doors to recognize student leaders throughout California and around the globe. 12 Campaign Teams attended in person, and another 8 participated virtually from as far as Rome and Indonesia. Over 100 student leaders shared their sustainability solutions with the community, local elected officials, and media.

The Grades of Green Youth Summit: Impact-a-thon was an opportunity to reflect on the success of our Eco-Leaders, sharing their projects and their triumphs. We recognized the collective impact, as well as the individual impact, Campaign Teams have had on their community and the world. The Impact-a-thon also featured workshops on Civic Engagement and Climate Change by Manhattan Beach Mayor Nancy Hersman and Grades of Green Mentor Cathy Procopio.

Hawthorne Community TV interviewed student leaders about their ambitious projects throughout the afternoon.

Manhattan Beach Mayor Hersman’s presentation on Civic Engagement asked students for examples of environmental issues and then asked, now what do you do with them? “Go to your cities, go to the state and then to federal government,” Hersman explained, providing examples of bans on plastic grocery bags and plastic straws in Manhattan Beach. She presented students with a form explaining how to speak in front of the Manhattan Beach City Council, and encouraged students identify similar means wherever they may live.

This messaged was echoed through the Student Activation Stations, which overwhelmingly concluded that writing to local officials is the most important way to take-action. They also identified plastic pollution as the most important issue to tackle going forward, and shared ways to increase awareness in their communities.

Grades of Green Mentor Cathy Procopio’s presentation on climate change focused on the role human beings have played in the development of this issue. Using games such as ‘Two Truths and a Lie’ and ‘Bingo!’ Cathy engaged students and asked them to think critically about how they come in contact with the environment.

Each student leader who participated received Certificates of Recognition from Grades of Green and Assemblymember Muratsuchi’s office. An additional six student groups won awards and eco-grants courtesy of Subaru Pacific. Victor Elementary School VEEECs won Crowd Favorite for their single use water bottles (and other plastic containers) reused into plant transplants. Bryant Ranch Elementary School won Most Creative Display for their seed bombs and upcycled bookmarks from cardboard lunch trays. For the Love of Frogs won Best Community Builder “Turning trash into treasure”, recycling toothbrushes and bottle caps. Our Lady of Guadalupe won Most Innovative award by turning trash at their school into art. Whitney High School was recognized for some impressive metrics which they achieved by composting and reducing food waste. Finally, Will Rogers Elementary won Best Video for their representation of waste reduction through a sorting station.

The Impact-a-thon was made possible thanks to generous sponsorship from LACarGUY, Southern California Edison, and Subaru Pacific.

Now is your chance to join! The waitlist for the Fall Campaign is now open. Click here to register.