What a Waste: Seven Simple Solutions to Reducing Waste 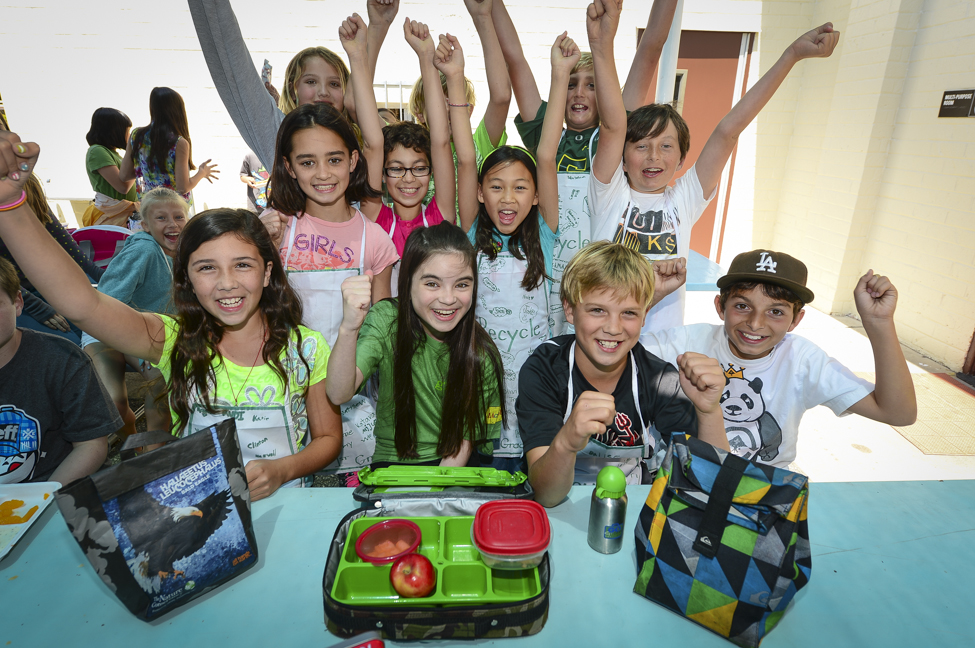 Home News from Grades of Green What a Waste: Seven Simple Solutions to Reducing Waste

Despite making up less than 5% of Earth’s population, the United States accounts for approximately a quarter of the world’s waste. Through the Waste Campaign Grades of Green Eco-Leaders have already begun diverting waste and protecting our valuable resources, raising awareness for issues of waste in their community.

Here’s what you can be doing to reduce your own environmental footprint in 2019:

Plastics pollution is one of the greatest threats to our environment, yet so many people continue to use plastic water bottles, single-use bags, plastic film, shrink wrap, and plastic straws, contributing to the problem. While Grades of Green Eco-Leaders are on the case, banning single-use plastics in entire school districts, there is much that we can do to decrease our environmental footprint.

Using a re-fillable canteen for water, Tupperware for leftovers, and avoiding straws entirely, will not only help keep our planet green, but will save you money as well!

To make it easier to reuse containers, we’ve partnered with H2O ID to giveaway 50 Reusable Water Bottle ID Bands to two schools in the United States, and one international school. These bands will help you identify whose containers and prevent cross contamination- making reusing easy!

To enter the contest, head over to our Facebook page, and add a comment on the H2O ID photo. Tag 3 friends and tell us how your school is reducing plastic pollution and protecting water. On World Water Day, Friday, March 22nd, we will announce the winners!

Monitor food shopping habits and plan meals in advance to limit how much food we waste. To take it one step further, invest in a slow-cooker and set one day a week to dispose of your leftovers. Any produce which is nearing its expiration can be thrown into a stew, chili, or a slow roasted medley.

According to the USDA, approximately one-third of the food supply in the United States is discarded. “Food waste, which is the single largest component going into municipal landfills, quickly generates methane, helping to make landfills the third largest source of methane in the United States.”

Thousands of pounds of wrapping paper are routinely sent to the landfill after every gift exchange.

“While the United States celebrates the holidays, Americans produce an additional 5 million tons of waste (four million of the 5 million tons consisting of wrapping paper and shopping bags).”

This year try using newspapers instead. Not only will it reduce your environmental footprint, it will save you money as well!

PRO TIP: Use the ‘Comics’ section, not only will it look festive, it will be good for a few laughs too!

Paper and cardboard make up a significant portion of overall waste.

“The United States throws out the amount of office paper it would take to build a 12-foot wall from Los Angeles to New York City (2,794 miles).”

Rather than sending it out for recycling, reuse your paper waste for Arts, Crafts, and Activities with your kids and loved ones.

Trash sorting is one way that Eco-Leaders bring change to their community.

By staying informed about your local city recycling requirements, you can ensure that you are doing your part to repurpose materials headed for the landfill. Resources such as Earth911 can help clarify what belongs in which bin.

According to Rubicon Global, “The U.S. recycling rate is around 34.5%. If we’re able to get the rate to 75%, the effect will be like removing 50 million passenger cars from U.S. roads.”

According to the US Energy Information Administration, 143 billion gallons of gasoline were consumed during 2017 in the United States alone.

By committing to a ride-share program, you can reduce waste drastically. Many people may even consider switching to a zero-impact commute such as bike riding where geographically plausible.

It is estimated that food travels approximately 1500 miles from farm to table, on average, in the United States.

By patronizing your local farmers market, you can reduce the CO2 emissions associated with transporting your produce such long distances. Shopping local will help reduce waste of non-renewable resources like oil and water.

Composting is nature’s way of recycling. Leftover food scraps, leaves, and yard trimmings can easily be broken down into humus through the composting process.

Ready to take your sustainable home or office to the next level? Don’t know where to begin? Here are Grades of Green’s Composting Procedures, Composting Systems, and Guideline.

Only one week left to register for the 2019 Waste Campaign! Spots are filling up fast so register now.