Whitney High School Wildcats are in this Together with Compost 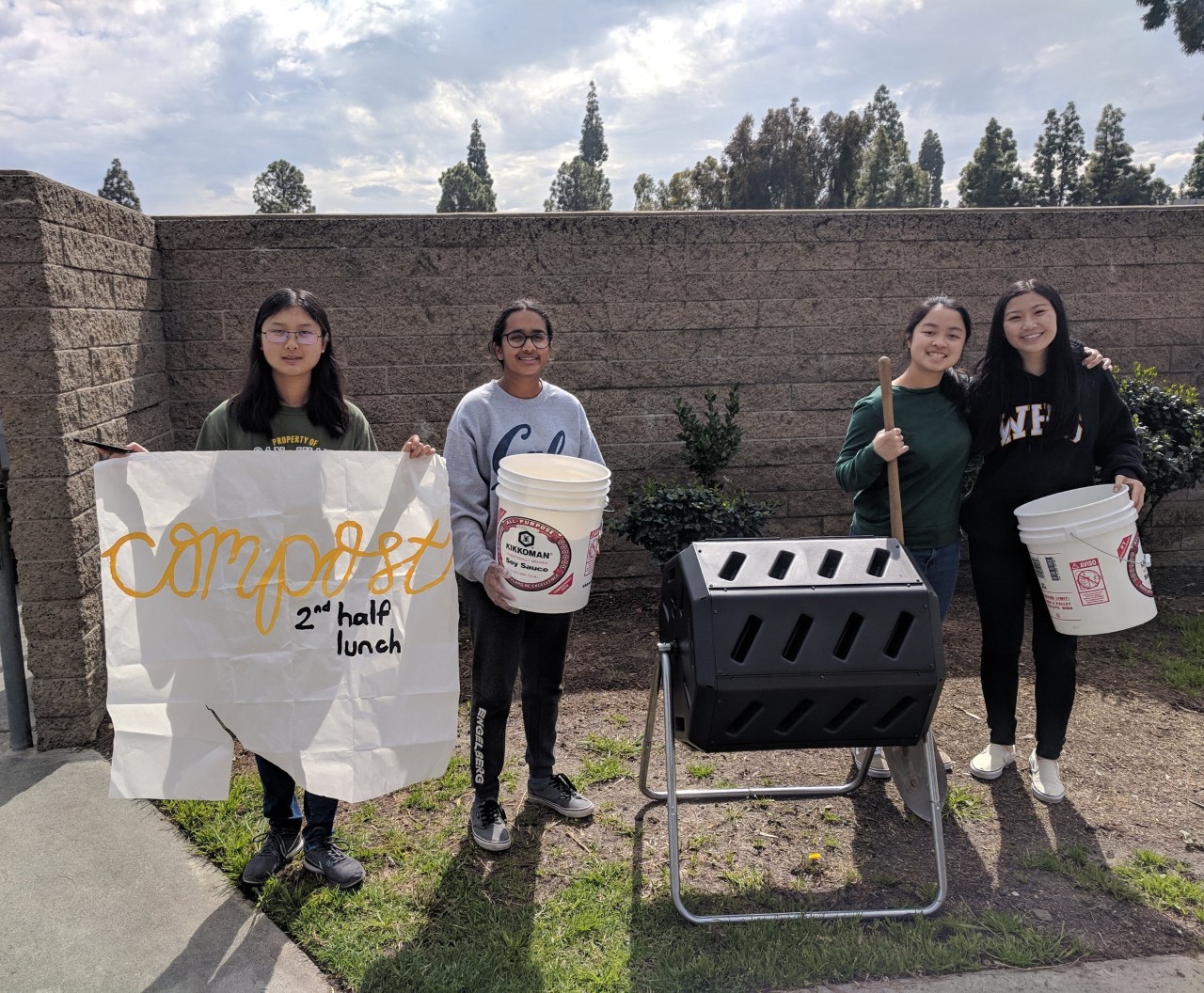 What Green Team? Wildcats! Whitney High School’s Green Team was awarded a Grades of Green Eco-Grant for the 2019 Waste Campaign due to their initiative to help their community reduce waste. The Green Team, which had previously been part of Grades of Green’s Water Campaign, was faced with the challenge of reducing the food waste in their school. After brainstorming, the student leaders came up with the idea to expand and better their school’s existing compost campaign.

The Green Team came up with the idea of introducing a revolving compost bin, which was approved by the school’s administration. The whole school helped with the campaign, with students collecting bags of dried leaves from their front yards, and teachers bringing coffee grounds and banana peels. Additionally, the Green Team collected fruit peels and leftover salad lettuce during lunch time. The student leaders reflecting on the support they have received said, “We would not have had much of a success without our wonderful mentors and our enthusiastic supporters.”

Another effort by the student leaders was attending their school’s daily broadcasting system to educate fellow students on the “do’s” and “don’ts” of composting, as well as setting up a booth at Grades of Green’s Impact-A-Thon to educate on composting and spread awareness about the repercussions of unnecessary waste.

The Green Team used the funds provided by Grades of Green to purchase a composter, fruit fly cultures, and a water conditioner for their vivariums and aquariums. Their future plans to expand their environmental initiatives include purchasing two more composters, and more waters conditioner to maintain the vivariums and aquariums as well as setting up new fish tanks around their school district’s elementary schools. They also plan on purchasing a STEM microscope and notebooks to support their Eco Education Program, an after-school program in which high school Eco Club students teaches elementary school students about ecology.

Do you know of student leaders interested in being part of the environmental change in their community? Register a Campaign Team today, and be eligible for an Eco-Grant!