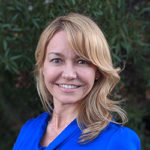 Home Who We Are Board of Directors Barbara Franqui

Barbara Franqui is Vice President of Planning and Process Improvement at Warner Bros. Entertainment Inc.  She oversees financial planning for various areas within the organization and leads the global financial process improvement efforts.  Formerly, Barbara served as the Vice President of the Global Planning Program and was responsible for management of the studio’s largest financial planning initiative, which included enterprise process reengineering and functional evaluation of supporting technology.

Prior to Sony, Barbara was the Vice President of Finance for Andell Holdings, LLC, which is the private investment firm and family office of Ellen Bronfman Hauptman and Andrew Hauptman.  There, she led the financial oversight of portfolio companies as well as other investments and philanthropic endeavors.

Barbara has held leadership roles in Finance within the respective Theatrical Divisions of Twentieth Century Fox Film Corporation and The Walt Disney Company.  She previously worked in Marketing and Finance at Taco Bell Corporate and Assurance Services at KPMG.

Barbara is a Certified Public Accountant.  She earned a Master of Business Administration from the Marshall School of Business at the University of Southern California, where she also earned a Bachelor of Science in Accounting.  Barbara holds a graduate certificate in entertainment studies from the USC School of Cinematic Arts and is certified in project management using the Scrum Framework. Barbara has continued her association with USC as a mentor, guest lecturer, and panelist.

Barbara is an active supporter of youth-focused organizations and is thrilled to be a part of Grades of Green’s efforts in empowering children to protect their environment.  Barbara serves as the Vice President of Operations on the board of the Parent Teacher Association and was a founding board member of Girls Inc. of Greater Los Angeles.