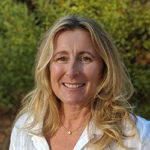 Home Who We Are Board of Directors Lisa Coppedge

Lisa Coppedge is one of the Co-Founders of Grades of Green. Lisa first became inspired to protect the environment after watching the documentary “An Inconvenient Truth”. After seeing the film, Lisa became one of the founders of Planet Pals, an organization which promoted student environmental responsibility at her son’s school, Grandview Elementary in Manhattan Beach. Lisa was instrumental in helping Grandview Elementary reduce lunchtime waste from 40 bags to 2 bags of trash per day, which has resulted in saving the school over $400 per month, and in implementing a variety of environmental programs at the school such as composting, in-class recycling, earth day challenges, and more.

Lisa also helped local schools in El Segundo and Hermosa Beach to implement environmental programs which resulted in the education of over 4,000 students. Lisa and her partners were featured on the PBS show, “Curiosity Quest”, a weekly children’s educational show to highlight all of the different activities schools can implement to protect the environment. Planet Pals grew and in 2009 the nonprofit organization Grades of Green was founded. As of June 2013, Lisa has overseen Grades of Green program implementation in over 50 schools throughout Southern California. Prior to her involvement with Grades of Green and Planet Pals, Lisa spent over 12 years in the areas of system integration and business development in the technology industry.

Lisa graduated from the University of California at Santa Barbara in 1992 with a B.S. in Computer Science. She started her career in 1992 at Andersen Consulting (Accenture) within its technology practice supporting clients such as Aerospace Corp. and Capital Group with their software implementation needs. In 1998 Lisa joined Deloitte Consulting as their Sun Microsystems relationship manager and later joined Actuate Corporation in 2002 as Business Development Manager.