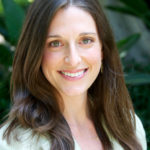 Home Who We Are Board of Directors Rachel Tornek

Rachel has been working in the environmental policy arena for two decades. A deep love of the ocean and its creatures set her on a course to pursue a career in conservation. Her path included working on environmental issues at Toyota Motor Sales, the Climate Change and Wildlife campaign at the National Wildlife Federation and Hubbs-SeaWorld Research Institute. She holds a B.S. in Ecology, Behavior and Evolution from UC San Diego and a Master’s degree in Environmental Science and Management from the Bren School at UC Santa Barbara.

Since graduate school, Rachel has focused her career on climate policy. She began by helping companies and institutions across the country to inventory, verify and register their greenhouse gas “footprints”. Most recently, she was Vice President of Policy & Programs at the Climate Action Reserve, where she acted as a technical consultant on domestic and international carbon market initiatives and led the development and implementation of market-based programs for North America’s largest carbon offset registry.

Rachel moved to Manhattan Beach with her family in 2012, and was introduced to Grades of Green when her daughter started at Grand View Elementary. She became a docent for her daughter’s kindergarten class, and is thrilled to be able to help support the mission and vision of this unique organization as a member of the Board.

She feels lucky that she has been able to make a career out of one of her life’s greatest passions – the environment – and believes there is no better way to ensure the health and longevity of our planet than by helping the next generation understand both the consequences and the power of their actions.