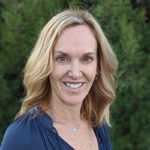 Home Who We Are Board of Directors Shaya Kirkpatrick

Shaya Kirkpatrick is a Co-Founder of the non-profit Grades of Green, an environmental education organization whose mission is to inspire and empower kids and the broader school community to care for the environment.

Previously, Shaya was a founding member of Planet Pals, an environmental program working with schools in Southern California to help children take a hands-on approach to help the environment. In that role, Shaya helped lead Grand View Elementary School start an e-waste recycling program and plant their first native garden. Shaya received the Environmental Hero Award by Assemblywoman Betsy Butler in 2011. Shaya received the 2008 Environmental SBBEC Steward of the Year Award; recognizing her leadership in protecting our local environment. In that same year, Shaya received the Congressional Commendation Award which was given to her by the United States Congress for her exceptional efforts in promoting environmental conservation. In 2009, Shaya was the recipient of the Environmental Award from the Environmental Protection Agency which recognizes individuals and groups outside of the EPA who are working to protect public health and the environment. Shaya also received the County of Los Angeles Green Leadership Award for recognition in commemoration of environmental public service. In 2007 Shaya served as an advisor to PeaceJam, an international organization helping youth and Nobel Peace Laureates working together to tackle the most pressing issues facing our global health. And in 2006, Shaya served as the Chair for Growing Great, a non-profit whose mission is to adopt healthy eating habits through innovative classroom lessons, school gardens and community events.

Shaya graduated from the University of Southern California in 1986 with a Bachelor in Communications and minor in Public Relations and went on to the University of California Los Angeles School of Interior and Environmental Design. She started her Interior Design career at the offices of Intradesign, Inc. in 1988 and worked on major hotel projects around the world including the 5 star Hankyu International Hotel in Osaka, Japan, Shutters Hotel in Santa Monica, and The Four Seasons Hotel Beverly Hills. Shaya co-founded her own design firm, KAI Design, in 1991 and accomplished a variety of project including the Squaw Creek Resort in Lake Tahoe, Nevada, Coldwell Banker Real Estate Offices throughout Southern California, and multiple residential commissions.

Shaya is passionate about ensuring that kids are inspired and empowered to care for the environment because if we start with the younger generation there will become a time when everyone is informed. Shaya is fulfilled by contributing and helping make a difference.