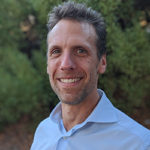 Home Who We Are Board of Directors Steven Davis, M.D.

Dr. Steven Davis is a Southern California native who attended college at the University of Pennsylvania, before moving on to his post-baccalaureate premedical training at Tufts University in Massachusetts. Dr. Davis then performed extensive research in Pediatric Neurosurgery at Children’s Hospital, Los Angeles, in preparation for his doctoral studies at the University of California, San Diego. After graduating from UCSD, he returned to his native Los Angeles to complete his internship in General Surgery and his residency in Otolaryngology, Head and Neck Surgery at the University of Southern California. He is a member of the American Academy of Otolaryngology, Head and Neck Surgery, the American Association of Otolaryngic Allergy, the American Rhinologic Society, the California Medical Association and the Los Angeles County Medical Association. He is the Medical Director of the Breathe Clear Institute.

Steven’s kids go to a school where learning to recycle and care for the environment are built into the curriculum. Strangely enough it never occurred to him that this was not routinely taught to kids at all schools. It wasn’t until Steven attended Verte a few years ago that he learned about Grades of Green and the crucial role they play in empowering and educating kids with respect to preserving the environment. Steven is thrilled to be on the Board Advisors and is excited about getting even more schools to adopt the Grades of Green programs that really can brighten our planet’s fixture.